Idiopathic low back pain can be considered as a chronic condition, characterized by recurrent episodes of pain and functional limitation. The aim of this study is to compare two therapeutic methods to treat this chronic disease: the oxygen-ozone therapy and the diathermy through Tecar® therapy. Two groups of 10 patients each who suffered from postural idiopathic low back pain due to different pathologies have been recruited. All selected patients have been evaluated through spinometry and have been given the Oswestry low back pain disability questionnaire to fill in at the beginning of the treatments and at the end of them with a three-month follow-up. The first group underwent a diathermy treatment through Tecar® therapy, whilst the second group received an oxygen-ozone therapy treatment through a paravertebral lumbar infiltration; both treatments have been associated with a standard physiokinesitherapy treatment. Data collected through Formetric spinometry show an improvement in both groups,
but in the second group (treated with oxygen-ozone therapy+physiokinesitherapy), the improvement is greater (from 6% to 57%) against the first group (from 20% to 38%). In conclusion, the study has cor roborated the validity of both treatments leading to improvement of symptomatology, but while one treatment leads to some relapses after a few months, the second one has a greater healing effect, which preserves over time.

Definition
Idiopathic low back pain can be considered to all intents and purposes, as a chronic condition, characterized by recurrent episodes of pain and functional limitation. Low back pain may have different  origins, since any pathology of the lumbar spine can cause pain in this region. However, the most common causes are the degenerative ones that is to say due to the wear and tear of di sc and articular  structures. Degenerative forms shall be differentiated from those due to other causes.

Its occurrence is observed mainly in the age group 30 to 50. It is caused by  the degenerative discopathy of one or more intravertebral discs. The most affected discs are L4-L5 and L5-S1. The low back pain can be acute, chronic or recurrent.

Its occurrence is observed in patients over 50. Usually the low back pain is chronic, however in most cases it is less intense than the discogenic one. The instrumental examinations [X-rays (XR), computed tomography (CT), nuclear magnetic resonance (NMR)] show arthrosic alterations of back articulations at low lumbar spine level or in the spine in general and often also the narrowness of one or more discs due to degenerative  alterations.

Due to vertebral instability

The pain is only present during the prolonged upright standing, the protracted walking, or during physical efforts. In these cases it is usually a degenerative spondylolisthesis, noticeable through the lateral XR, with hypermobility of the concerned vertebra in flexionextension XR.

Due to other causes

The pain in the lumbar region, which is usually chronic, can be caused by several other vertebral pathologies, such as: tumors, infections o rheumatic diseases, extra-vertebral pathologies (retroperitoneal tumors, abdominal aortic aneurysm). In the majority of  cases in which no pathological alterations to lumbar spine are found (through the standard XR, NMR methods), the low back pain is idiopathic, that is to say, without any known cause. It usually concerns young or middle-aged people, whose pain can be caused by postural defects during their working activity, by an inadequate mobilization of the spine or by the manual handling of loads, which is performed incorrectly. In many cases in idiopathic low back pain there is a pain psychogenic component, above all in hypochondriac or depressed subjects.

The study
We have planned this study to compare two therapeutic methods to treat idiopathic low back pain: the oxygen-ozone therapy and the diathermy through Tecar® therapy, associated with a standard Physiokinesitherapy treatment.

Type of patients
We have recruited two groups made up of 10 patients each who suffered from postural idiopathic low back pain due to pathologies caused by lumbosacral intradiscal conflicts such as: disc bulging, lumbar protrusion and discophaties.

Inclusion criteria
We have considered those patients with a medical diagnosis stating disc bulging, protrusion or intradiscal conflict documented by CT or NMR; patients aged between 25 and 70; the onset of symptoms not previous to 12 months.

Recruiting method
We have used the controlled random method. The names of those patients showing homogeneous inclusion characteristics have been put into individual anonymous envelops and then divided by the treatment to examine by a third person who was unaware of the study under consideration. We evaluated 25 patients and then selected 20 of them, since 4 were suffering from extruded hernia and 1 from pseudosciatica with piriformis muscle syndrome, therefore according to the exclusion criteria they could not be admitted.

It consists in a percentage assessment scale of disabilities during the daily activities caused by low back pain. The patient fills in a questionnaire divided into 10 sections made up of 5 multiple-choice answers aimed at assessing: i) pain intensity; ii) personal care (to wash hands and face, brush teeth, comb, shave and put on make-up, etc.); iii) manual activities; iv) walking; v) staying seated; vi) standing; vii) sleeping; viii) sexual activity; ix) public relations; x) moving and travelling. Once the questionnaire has been filled up, the answers of the individual sections are added up to obtain the final score which, therefore, can have a maximum of 50 scores. Such value is then multiplied by two in order to get a percentage value corresponding to the disability percentage.

It determines the tridimensional reconstruction of the spine by using the triangulation and video rasterstereography principles without emitting radiations. According to the results of spinometric test, the ten data obtained by each group after a comparison between the first and the last finding with Formetric are evaluated, then it is performed a follow-up after three months. The ten variables of the ormetric analysis taken into consideration are: i) pelvic torsion; ii) righ surface rotation; iii) left surface rotation; iv) maximum kyphotic angulation; v) maximum lordotic angulation; vi) pelvic inclination; vii) right side deviation; viii) left side deviation; ix) cervical curve; x) lumbar curve.

We have processed data concerning the Oswestry percentages and calculated their standard means and deviations, by availing ourselves of the Student T statistic test to analyze the significance of differences among the individual means. In our analysis we made reference to T values by 18 degrees of freedom, using as threshold value of P-value the standard 0.05. In this case T shall always be greater than 1.734 in order to consider the difference among the means as significant (Table 1). Instead, data obtained by Formetric findings during the first and the last session, have been analyzed in both groups by comparing the improvement, invariance and deterioration percentages of single postural components indicated by the spinometric test.

To the patients of the first group, who have been selected with the methods mentioned above, has been applied a diathermy treatment through Tecar® therapy associated with a standard physio kinesitherapeutic treatment.

The second group’s patients were administered an oxygen-ozone therapy treatment through a paravertebral lumbar infiltration associated with a standard physio-kinesitherapeutic treatment. Diathermy through Tecar® therapy Patients underwent 10 Pharon diathermy sessions by the company Mectronic [Mectronic Medicale Srl, Grassobbio (BG), Italy] through Tecar® therapy and physiokinesitherapy twice a week, for five weeks
totally.
For the Tecar® therapy treatment we have used a stainless-steel receiving plate with some conductive cream for diathermy from Medisport applied on the patient’s abdominal region when laying in prone position, on patient’s lumbar region we applied the same   cream to facilitate the transmitting electrode sliding. Patients have been treated in capacitive mode for 8 min to an intensity that allowed the patient to feel a warm sensation in the treated area, we went on for other 8 min in resistive mode while trying again to obtain the same sensation on the patient and finally one last 8- minute session in capacitive mode.

According to the oxygen-ozone therapy, we decided to follow the therapeuticproto col mentioned here below entailing paravertebral injections.  Applications have been administered once a week for the  first three weeks by decreasing the dose once every two weeks. The oxygen-ozone infiltration has been performed in symmetric areas of those paravertebral muscle masses near the hernia localization,
with a concentration of 18-20 μg/mL of ozone and a quantity equal to 5 cc per site of inoculation, for a total of 4 paravertebral infiltrations per session and of 6 sessions with infiltrations once a week for the first 3/4 weeks, and then every 2 weeks. For the administration of oxygen-ozone we used Multiossigen srl [Gorle (BG), Italy] machineries, in particular the Medical 99 IR and Medical 98HCPS.

In Figures 1 and 2 we report the charts showing the results obtained by the Oswestry’s questionnaire administration. By analyzing data collected by means of the Oswestry low back pain disability questionnaire, it can be noticed that the improvement occurred from the first to the last session for the two groups is similar. Instead, the difference between the two results of follow-up changes significantly (Figure 3): while the first group recorded 22.80% of disability, the second one remained at 12.40%, with a noticeable percentage gap equal to 10.40%. This means that the second group maintained the obtained result over time with the treatment sessions. Analyzing the data collected through the analysis with Formetric spinometry it is possible to notice an improvement in both groups under examination (Figures 4 and 5). 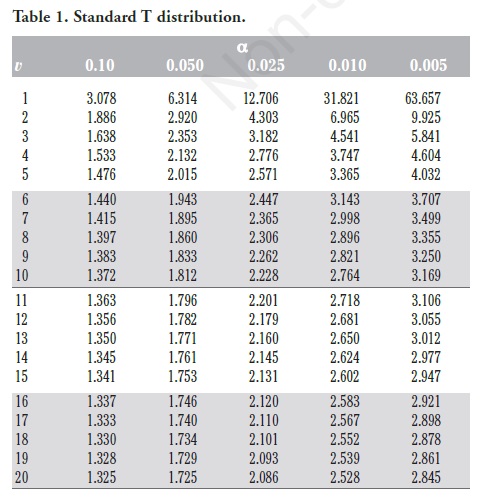 Data analyzed at the end of the two types of treatment and through follow-up after three months showed the following results. Through the Oswestry low back pain disability questionnaire we can observe how patients belonging to the first group, the one that underwent the therapy with diathermy through Tecar® therapy, have all reported an improvement immediately after the therapeutic cycle. This has been also confirmed by the spinometric tests performed, from which it is possible to see that the majority of detected parameters showed a real improvement in all patients, emphasized by the progressive normalization, towards the normality range for the majority of data detected. A similar situation can be observed for the second group treated with oxygen-ozone therapy. By analyzing the answers to the questionnaire the improvement has been grater compared to the first one. Data pointed out with Formetric show a marked improvement. According to the comparison between the two therapeutic methods used, from the results obtained by the questionnaire filling in and the Formetric findings, we can observe the following: - Patients treated with diathermy through Tecar® therapy  achieved a general improvement of 18.2% from the first to the last session and a slight worsening comparable to 7% from the last session to the follow- up performed after three months. - Patients treated with oxygen-ozone therapy recorded a greater improvement, equal to 21.8%, both from the first to the last session and during the revaluation after three months, showing a worsening of only 3.2%. Therefore we can assert that both methods produced positive results for the majority of patients suffering from idiopathic low back pain, however those who underwent diathermy show a greater worsening upon follow-up compared to those who were treated with oxygen- ozone therapy who preserve the beneficial effect of treatments for a longer time. We can conclude by saying that the work has corroborated the validity of both treatments that led to both a subjective and objective improvement of symptomatology. While one treatment leads to some relapses after a few months, the second one has a greater healing effect, which preserves over time.